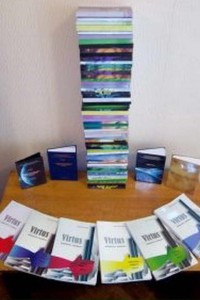 Our team is actively involved in international activities. The Department of Humanities is a participant in the international project "Virtus Reality", the scientific supervisor of which is Professor MA Sorrow. The purpose of the project is the integration of research and educational activities for the implementation and implementation in the educational process of the results obtained in the process of functional analysis of the realities of modern culture in the virtual, information space. The objectives of the project are to analyze the current state of culture in its virtual representations; propaganda of the priority of spiritual and moral principles in the virtual society; adaptation of disciplines of the social and humanitarian cycle to modern challenges of the information society, etc.

The Department of Humanities is one of the co-founders of the scientific journal "Virtus" (editor in chief - MA Zhurba, deputy - IO Kuzmichenko).

In January 2015, the scientific journal Virtus was included in the international register of periodicals. The International Center ISSN provided him with the numerical code of international identification INTERNATIONAL STANDARD SERIAL NUMBER 2410-4388, which indicates that the journal meets international standards for publications of this type.

It should be noted that more than 2,500 domestic and foreign scientists and researchers took part in international scientific and practical conferences during the whole period of their holding, 33 collections of scientific works were published based on the conference materials.